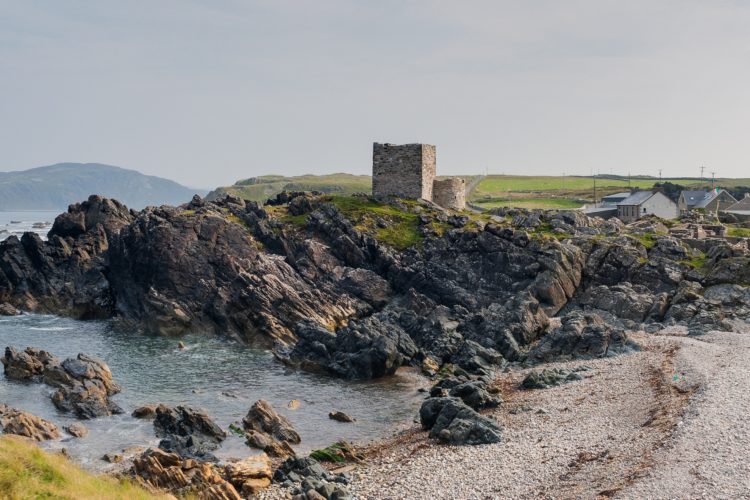 Wild is the operative word for the twisting ribbon of road that travels along Ireland’s West, marked by dramatic landscapes carved from the swells of the ocean and the bite of Atlantic winds. From sweeping beaches and soft sand dunes, to the ghosts of castles from long ago, here are ten breathtaking spots along the winding route that any explorer needs to see, the next time they visit the Emerald Isle.

The once massive castle was established in the 16th century, though only a slice of it remains today. During its heyday, a fortified enclosure, or bawn, stood along with seven circular towers, though today the south of the bawn tower is merely an abundance of sandhills. Just beside the ruins, a fissure in a rock hisses water from the sea, though this can only be seen during high tides.

A small valley at the foot of Mount Knocknarea, the Glen is one of Ireland’s most unique spots, if for nothing more than the lack of an explanation for how it came to be. The most likely answer is that the now-mystic area was carved out by a glacier eons ago. If you plan to visit, watch the side of the road you travel down for an old well (easily missed), and roughly opposite an overgrown and twisted steel gate. If you keep an eye out, you may just spot a fairy or two. 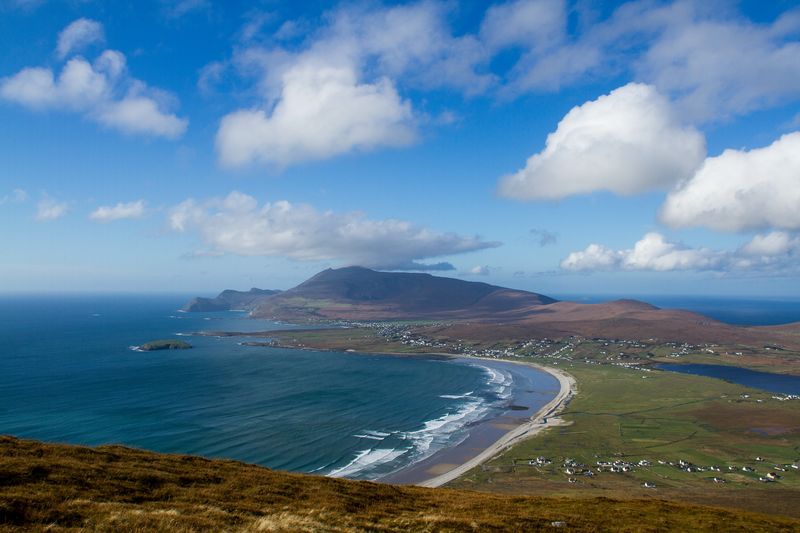 With scarcely a better viewpoint and overlooking the rest of Achill Island, this place on the list is a must-do for anyone, from hikers to someone just looking for a wind that will purge the air from their lungs. A road will lead you up to a parking area, itself about a kilometre from the summit. From here you overlook Keel Beach, with views to the west, the south, and over to Dooega and The Atlantic Drive.

Sheltered by high sand dunes, the Strand is one of Mayo’s most picturesque beaches, and is a highly popular spot with swimmers. It’s a place that gives the sense of being at the end of the world, and if you go at a time when no one else is around, it might begin to feel that way, too. The beach is dominated by sandy dunes, surrounded with sweeping valleys, and dotted with lush green hills to complete the picture. 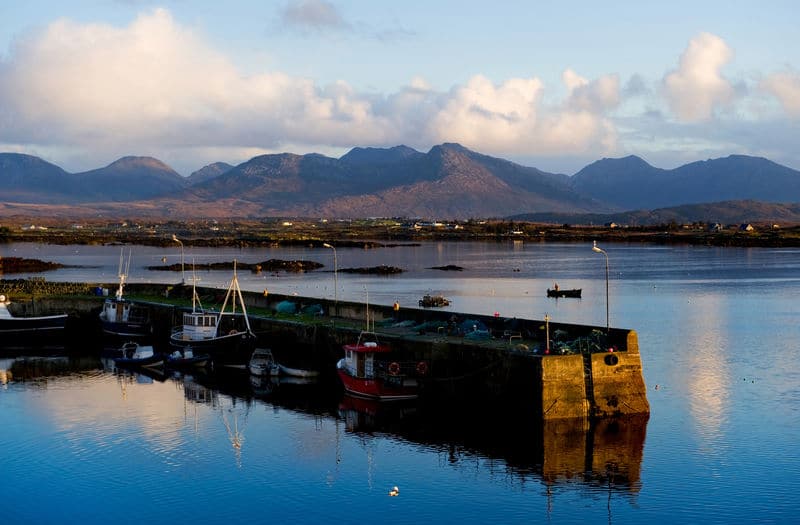 A town filled with picturesque rows of houses, plenty of pubs and cafes to visit, an abundance of high-class seafood restaurants, and a delightful harbour. For those amongst you looking for a little history to add to the intrigue, note that the remains of several early Christian settlements have been found on the islands along Roundstone’s coast.

The bell tower, of the Franciscan Monastery, is to this day used by local fishermen, and now stands as the biggest feature of the Michael Killeen Park. The area was publicised in 2011 by the broadcast of marine biologist Monty Halls’ Great Irish Escape. 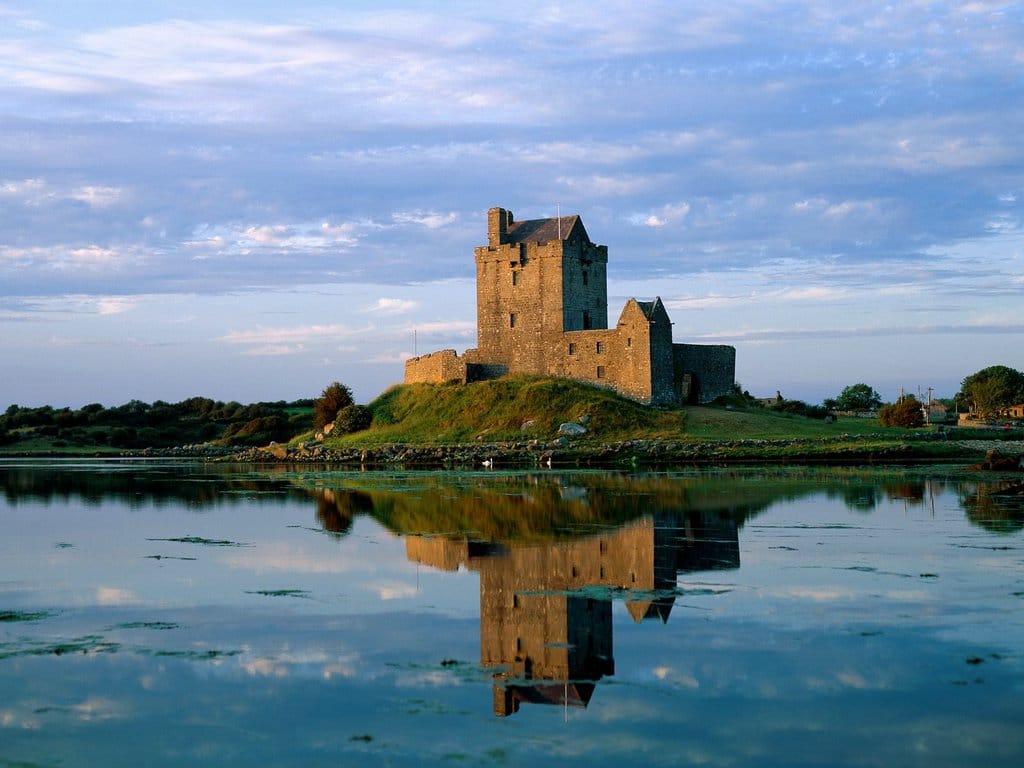 Possibly Ireland’s most photographed castle, it is close to Galway Bay and was featured in the historical fiction series Game of Thrones. The castle has a long history, from its establishment in the days of the O’Hynes clan, to its restoration by Oliver St.

John Gogarty in 1924. If you wish you can book yourself onto a guided tour, if you prefer your sights with a side of knowledge. (Note though, that the castle is only accessible during the summer seasons!) 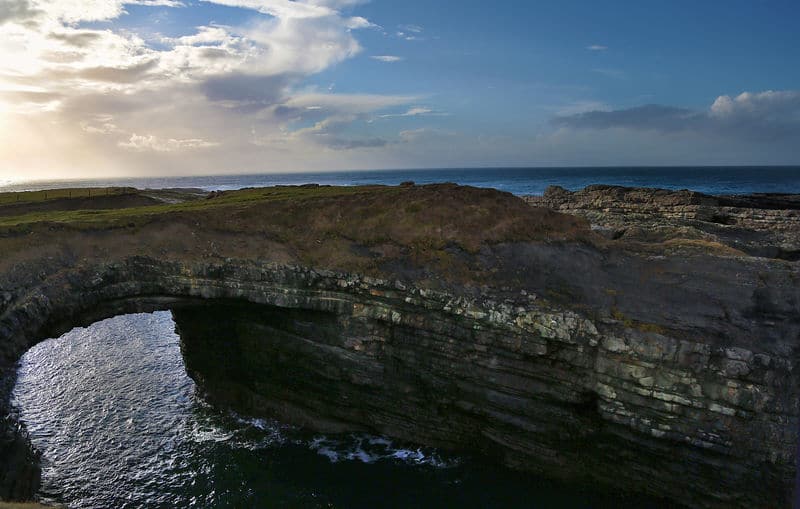 Once, three proud arches stood here, though over time two of them have fallen into the ocean, felled by erosion and time. Looking north to the Atlantic Ocean, and near the village of Kilbaha, the remaining bridge cannot be seen from the road, but it’s not difficult to find. For any bird watchers who read this, be sure to mark the spot on your map during the late summer and autumn, when thousands of rare birds will pass close to shore on their migration path. 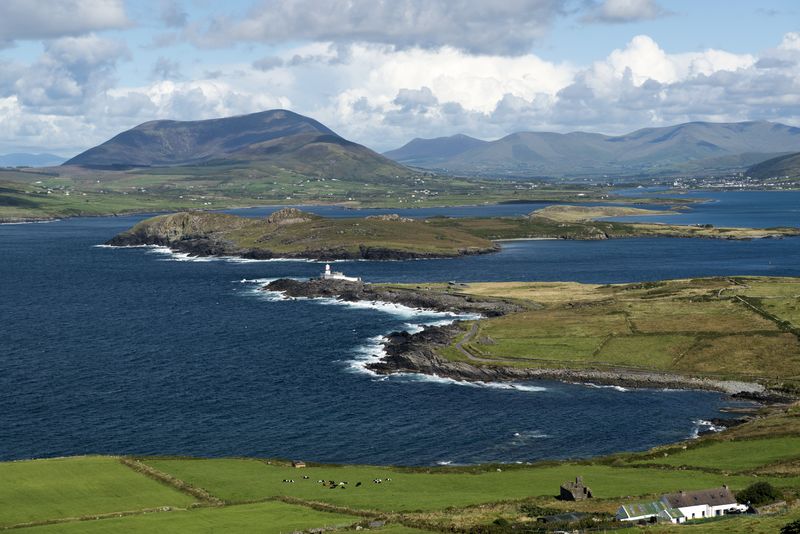 Valentina Island’s highest elevation, the mountain provides a panoramic view of Dingle Bay, and the Skelligs and Blasket Islands. Halfway to the peak, a trail turns off to Fogher Cliffs, where hikers can take a diversion. Open daily from sunrise to sunset, information plaques are dotted around the mountain, to add some meaning to the magnificence before you. 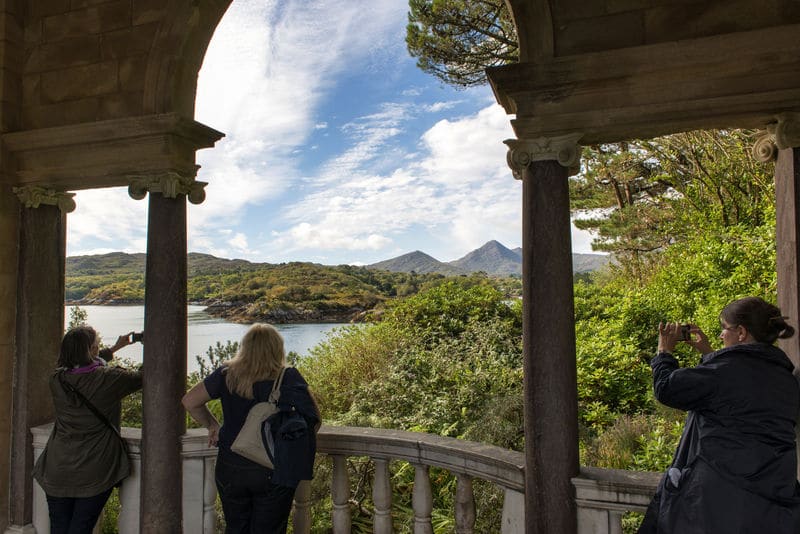 Known for its lavish gardens, the island was once owned by the Bryce family, who commissioned the renowned architect Harold Peto to construct the vision for them. Settled nicely amidst the warm waters of the Gulf stream, the island features both a wilderness of greenery as well as carefully maintained plant life, all compact against the backdrop of Glengarriff’s mountains. Today featuring a coffee shop with light snacks for visitors, the island is known globally as a place of quite unique beauty.

At the namesake of the Sheep’s Head Peninsula itself lies a small and quaint lighthouse surrounded by rocky cliffs. Officially classed as a European Destination of Excellence, our final beauty spot lies situated between Bantry and Dunmanus Bay. Another popular location for hikers, the trail features both rugged hills and long coastlines, for those of you who enjoy the best of both worlds. For those of you who prefer a more sedate visit, you can simply take in the views and enjoy a stroll along the beach. 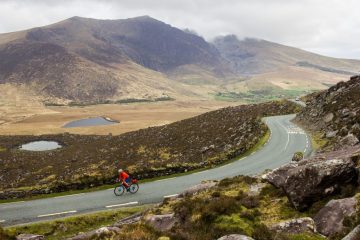 admin February 27, 2020 0
The Dingle Peninsula in Kerry is an ideal location for a short scenic bicycle tour. This 167km route loops around the Peninsula
Read More
add comment 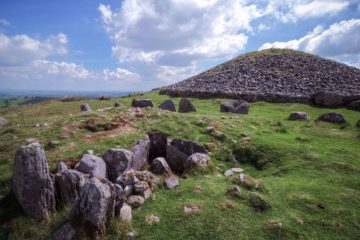 admin February 27, 2020 0
The cairns at Loughcrew form the largest complex of passage graves in Ireland, much older than the better known Newgrange. The megalithic
Read More
add comment
Best of the Drivers Guide 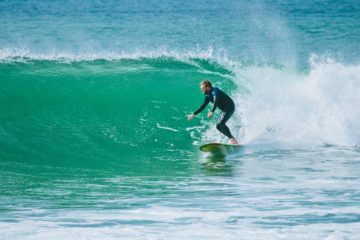 admin February 26, 2020 0
Sligo is named the ‘Surf Coast of the Wild Atlantic Way’ for good reason. What makes Sligo so popular for surfing is
Read More
add comment 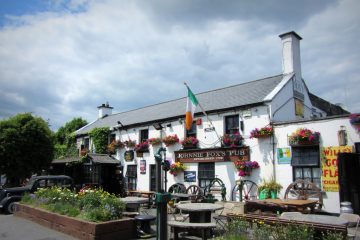 admin February 26, 2020 0
Established in 1798, Johnnie Fox’s is one of the oldest pubs in Ireland. Renowned for being the highest pub in the country,
Read More
add comment
Best of the Drivers Guide

admin February 26, 2020 0
The Wicklow Brewery opened its doors on 5th September 2014. We had been toying with the idea of a micro brewery for
Read More
add comment 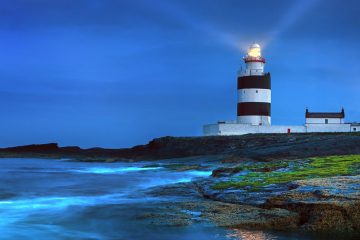 admin February 14, 2020 0
Take the N25, R733, Main St and L4045 to Wexford Around every other bend in the road you survey bright sea pinks
Read More
add comment
Best of the Drivers Guide

admin February 10, 2020 0
JN (26) TOWARDS NENAGH Stories about Lough Derg and the legendary pilgrimage have spanned the centuries and as far back as records
Read More
add comment
1 2 3 4 … 7
Page 3 of 7 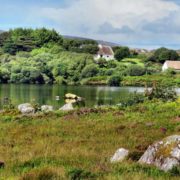 Visit the Cottage of Patrick Pearse on the Wild Atlantic 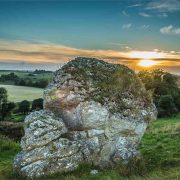 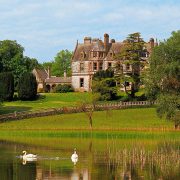 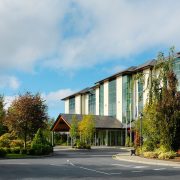 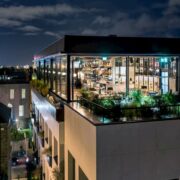 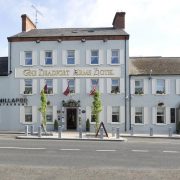 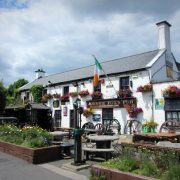 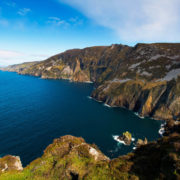