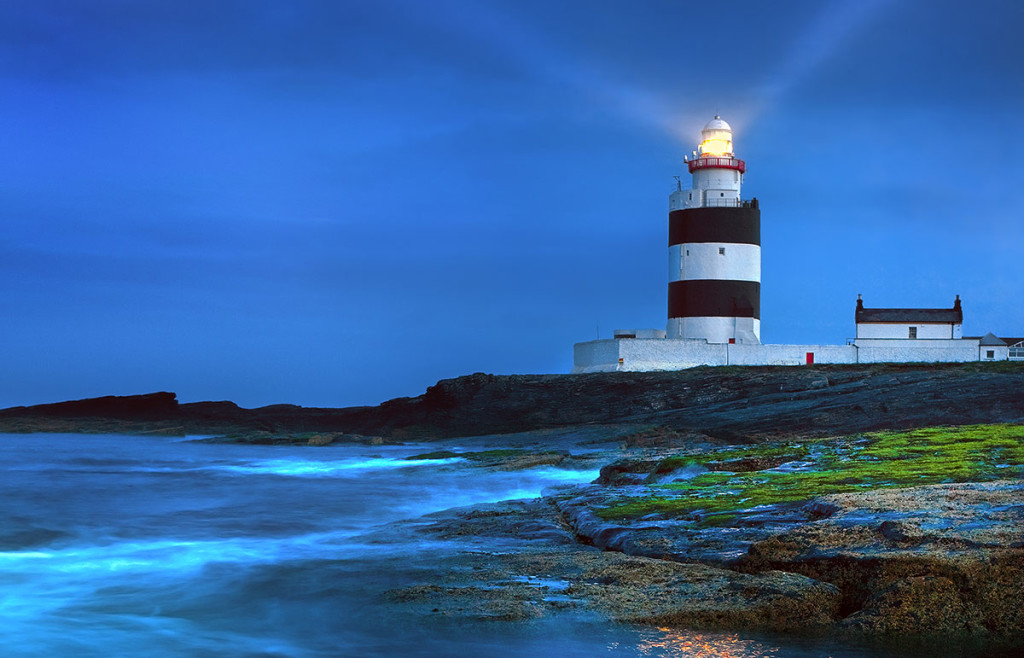 Around every other bend in the road you survey bright sea pinks and rugged cliffs, ancient ruins and quiet villages: the light and shade of the tapering headland of the Hook Peninsula. And how hypnotic the vast, steely-blue sea and flat open fields. Then you glimpse it, striped black and white in the distance. Capping the Peninsula’s spectacular southern tip, Hook Lighthouse, the world’s oldest working lighthouse. Across 800 years it has been a beacon, assisting seafarers navigate a rocky coastline that’s exhilarating… but treacherous when sudden fogs descend. 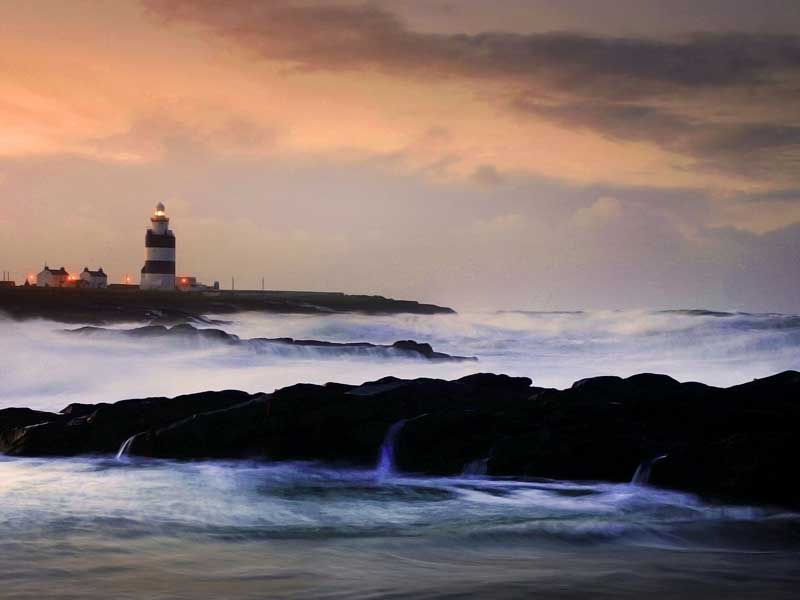 Ascending the 115 well-worn steps of the tower and exploring thick-walled chambers, you meet a life-size hologram figure: St Dubhán, who regales tales of perishing nights spent with fellow monks in the 5th century warning sailors against dangers with a beacon they kept alight on the headland – subsequently called Rinn Dubháin (Dubhán’s headland). Dubhán, coincidentally, is Irish for fishing hook. 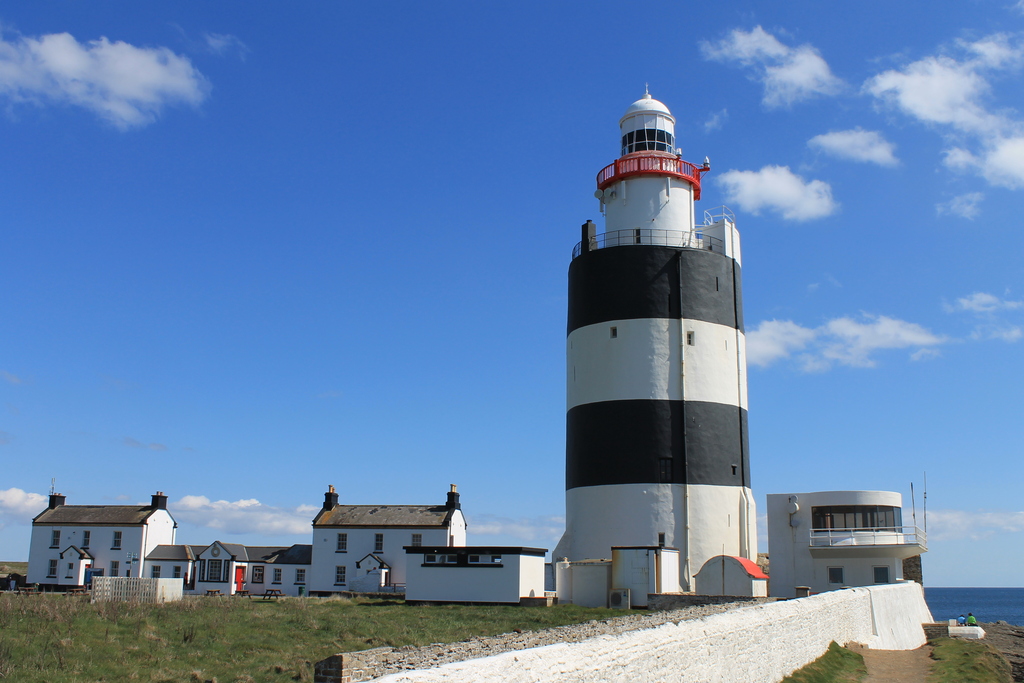 Another life-size figure appears: Strongbow’s son-in-law William Marshall, “the greatest knight that ever lived”, who tells of his empire in the Southeast. He constructed this very lighthouse tower in the 13th century, to guide vessels to his port at New Ross. Onwards the real-life stories flow as you discover the once-private Watchroom… Or gaze out upon the “graveyard of 1,000 ships” where Cromwell lost his flagship Great Lewis in the 17th century before vowing to take nearby Waterford City “by hook or by crook” – Hook Head and Crook being his two ways in. Today you are more likely to spy dolphins, seals, even a whale; much more welcome visitors. The lighthouse is automated now, but 800 years of human endeavour still blow keenly in the breeze … a thrilling thought as you enjoy lunch in the former keeper’s’ houses, the waves crashing outside. 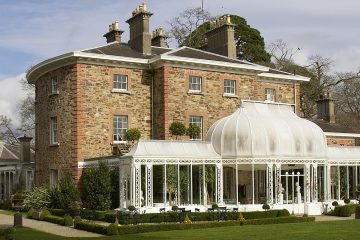